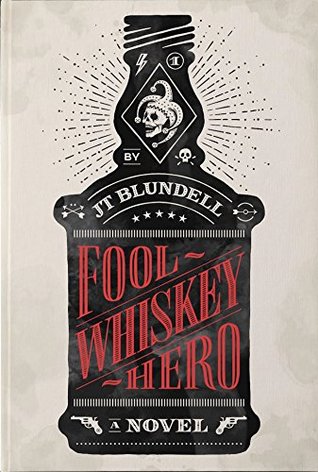 Nyah’s father was a cop. He was gunned down and his murder was left unsolved. Three years later, Nyah watches helplessly as three people are slaughtered and barely escapes with her own life.
Now the witnesses are being erased and sixteen-year-old Nyah is being hunted by corrupt cops, drug dealers and a ruthless sociopathic killer. Everything Nyah has ever loved has been taken from her. All she wants is someone to pay.
Grady Fisk is an alcoholic whose marriage is steamrolling towards divorce and who owes $50, 000 to a drug dealer to keep his brother Reece alive. While dragging Reece out of yet another fine mess, three people are murdered, and Grady and Reece are the prime suspects.
If saving his own ass wasn’t tough enough, Grady now has to protect Nyah from every murderer and psychopath in the city. Is it any wonder Grady drinks?
Nyah wants vengeance.
Nyah needs a hero.
What she gets is Grady Fisk.

The worse thing about being Grady Fisk is he has a talent of being in the wrong place at the wrong time, yes ok maybe not the worst thing, he does tend to see the bottom of the whiskey bottle at an alarming rate, but if there is trouble he is there. Everything always starts with good intentions. I mean how could he just stand by and let thugs belonging to a loan shark, kick an unconscious bloke to death, just wasn’t going to happen, not when ex-soldier Grady Fisk saw them. But who ends arrested? Yep Fisk.

So when he hears that his brother is in more than a spot of bother he has to go get him.  Where Grady turned to booze to deal with a mixed up head from a dodgy childhood, Reece his brother turned to drugs. So what should have been a quick go and pull his brother out of a brothel and place to get high situation, turns into a blood bath and a teenage girl being left without parents, so Grady now feels responsible for her.

This is quite a story where the hero is far from squeaky clean and loveable. In fact quite a lot of the time he really can get a bit whiffy and his father in law is definitely not a fan  of his but he is someone I would want to be on my side, when he is on form he is one cool dude. I thought that the plot was really engaging and couldn’t even start to piece together how there could be a good ending for everyone.

If you enjoy a story where the good guys are in between a rock and a hard place with everyone from both sides of the law after them you will really like this. It makes for some gritty reading in parts and I got that feeling that said somewhere something like this is going to be happening. This is the first book in a series so hopefully book 2 will be hitting the shelves soon too.

JT Blundell was born and raised in North Bay, Ontario. He played football for the University of Manitoba and graduated with a BA in English. He has worked in bars, a prison and an ice cream shop. He now lives, writes and works in Winnipeg.